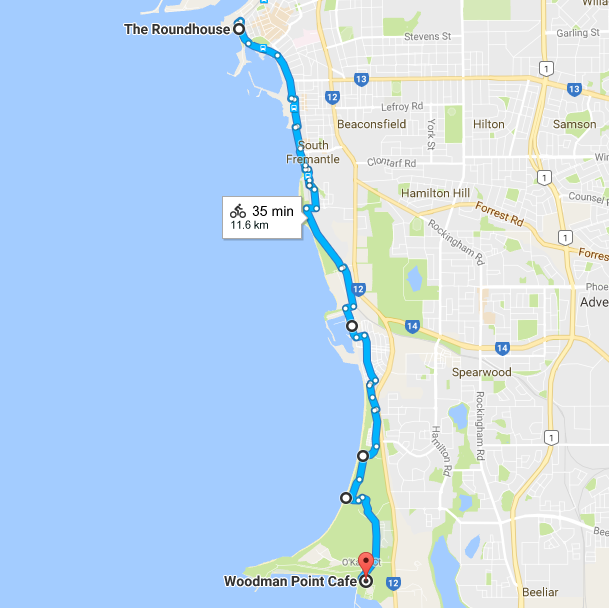 Beginning beside the Fremantle railway line, the path is scenic and easy to follow all the way to CY O’Connor Reserve. There’s less traffic here than on the northern coast path, and thus less obstacles. You’re also a lot closer to the water – it literally feels a stone’s throw away.

There’s remnants of history dotted here and there that are like stepping back into Perth’s yesteryear – old abattoir structures, cattle drafting yards, the remains of South Fremantle Power Station looms like a ghostly skeleton on the horizon. All a stark contrast to the polish and shine of new development Port Coogee just around the corner!

Woodman’s Point offers a relaxing ride through bushland paths and the opportunity to get lost many times over! But don’t fear, the reserve is small enough that you’ll find your way out before long.